Have Your HVAC System Installed Right the First Time

Attention DIY Homeowners! How You Can Upgrade From An Analog To A Digital Thermostat

Digital thermostats are much more precise and capable than analog thermostats; for example, digital thermostats can be set to bring on heat or cooling at an exact degree, and they can also be programmed to operate the system differently depending upon time or day of the week. While upgrading your thermostat may seem like a daunting task, it is actually simple as long as you work slowly and pay careful attention. Below is how to upgrade from a manual thermostat to a digital thermostat:

1. Disconnect the power to the heating and cooling system - Before beginning your work, it is important to turn off the electrical power to the system. The current levels at the thermostat rarely exceed 24 volts and are generally incapable of harming you, but damage to components could occur if you attempt to replace the thermostat while the system is powered. Shutting off the current will keep you from accidentally triggering startup of a component, and it will also prevent shorting of the thermostat or other system electronics. Turn off the power at the main breaker panel, and inform others that you will be performing work on the system.

3. Take a photograph or diagram the wiring arrangement - Once the faceplate has been removed, you will immediately notice the presence of various colored wires leading to terminals. It is critical to record the wiring arrangement; failure to do so could result in accidental miswiring and damage to the system. Either take a snapshot with a digital camera or draw a diagram to identify wire locations. Be sure the photograph or drawing clearly identifies the color of each wire and to which terminal it is connected. Here is a list of commonly-encountered terminal identifiers and how they interact with the system:

In many thermostats, the wire color will correspond to the letter code listed. For example, the 'W' terminal will be connected to a white wire, the 'G" terminal will be connected to a green wire and so forth. However, do not rely upon this color-coding alone, as this standard is not always adopted depending upon system age, manufacturer and even installer preference.

6. Connect the system wires to their appropriate terminals - Using the photograph taken or sketch drawn in Step 3, connect the wires leading from the system to the appropriate terminals inside the base plate. Be careful not to force the wires into position, and also be sure that you make tight connections between wire and terminal. Take another look at the photograph or sketch to verify that all wires are hooked up to the correct terminal and are not crossed or accidentally omitted.

If this is a process you don't feel comfortable doing on your own, reach out to an air conditioning contractor (click here for more information). 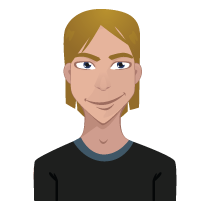 Heating and air conditioning systems are always breaking down, and it usually happens right when the homeowner needs the system most. My name is Alana, and I work as a home sales specialist. I have seen many homes with HVAC systems that break down time and time again simply because they were not properly installed in the first place. It is fairly simple to determine if your air conditioning and heating systems are installed correctly. This blog will walk you through what to look for in your home's system and what to do if you find a problem. HVAC systems should not regularly break down. Find out if you have a problem.